Without doubt one of the most interesting people I've met in Toronto and a fascinating Tech Talk. Technologist James Rodmell talks AI, VR and cannabis technology.

You can view the best bits from Teck Talk Toronto #2 below:

In this edition of Teck Talk Toronto #2, I met with Toronto Technologist James Rodmell.

An interview with James Rodmell 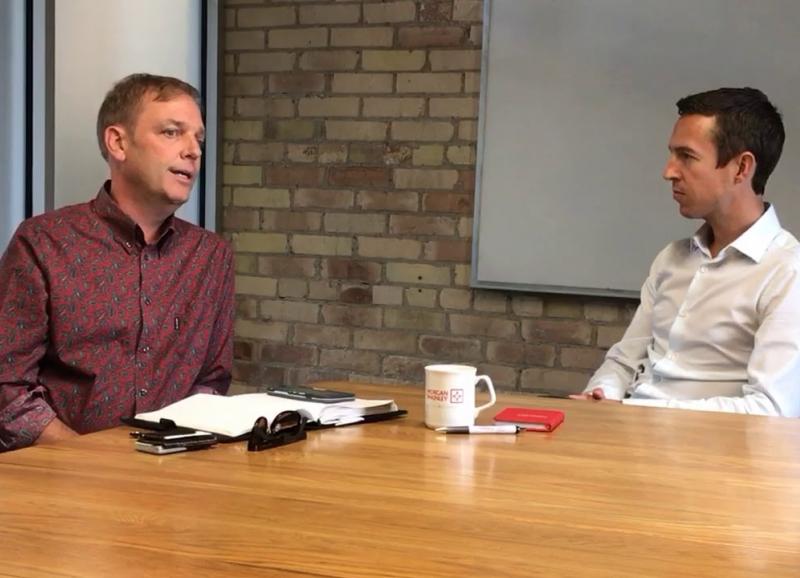 James tell us a bit about yourself to start and what you do?

James: "Sure, I am the CTO of a mobile software company out of NY called Lemon. We track cell phones, so we get large amounts of data from "opted in" anonymous collected data that we use. Combined with attributes to collect through forms and interaction to be able to deliver messaging to the right person at the right time

How long have you been in TO?

I came back to Toronto in 2003, I am a TO native. I was in England for 12 years before that. During my time in London I got a MSC in Electronic Publishing from the City University of London. I was supposed the then find employment but to my wife's dismay I went out and start my first company called Live Gig Guide which collected and aggregated entertainment data. We built the first live event portal for BT, AOL, HMV and a bunch of companies that don't exist anymore. It was pre .com bubble" 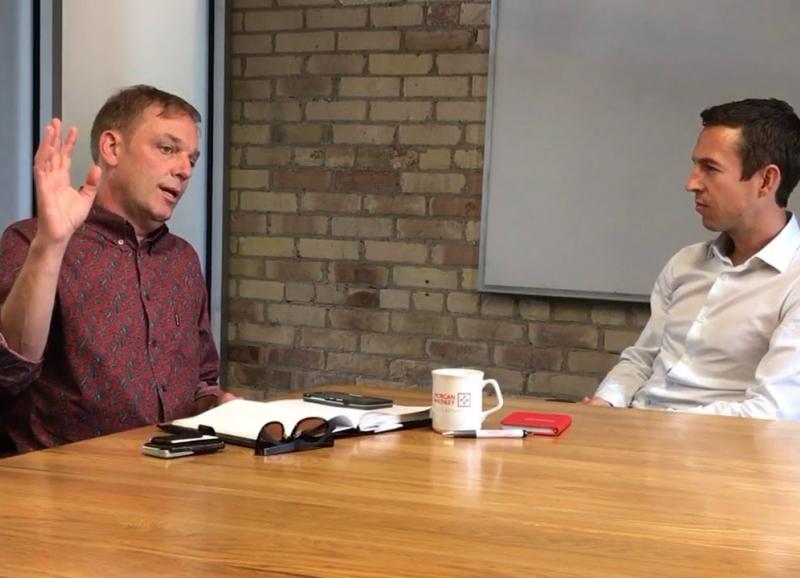 Ian: "Since you came back to Toronto in 2003 have you seen it evolve, from a tech perspective what it’s like now compare to then?"

James: "Well there is certainly a lot more resources. Some of the schools in Ontario are churning out incredible talent from the likes of Waterloo, UofT, McMaster etc. So as an employer a little bit more spoilt for choice as there really is some good talent out there but it’s really understanding what you need done and the kind of programming and development you need, there is a lot more talent out there now than in 2003"

Ian: "There is still a tech talent shortage though and it seems like this is going to continue. What do you think Toronto is going to do to alleviate that gap?"

James: “I really think that the core tech skills are still so badly needed. I see a lot of students coming out and all they wanna talk about is Scala, ruby and modern tech but what’s really needed is guys that are able to look at the guts of a company with historic and legacy problems that have issues. They've got machines talking to machines and somebody in 2006 build a little app to be able to bridge that gap and now when you look at its a couple weeks from unravelling. I think what companies really need to do is to ensure they have not just the guys that make it pretty, and the guys using react etc. It really is the guys on the back end, so don't forget the old stuff” 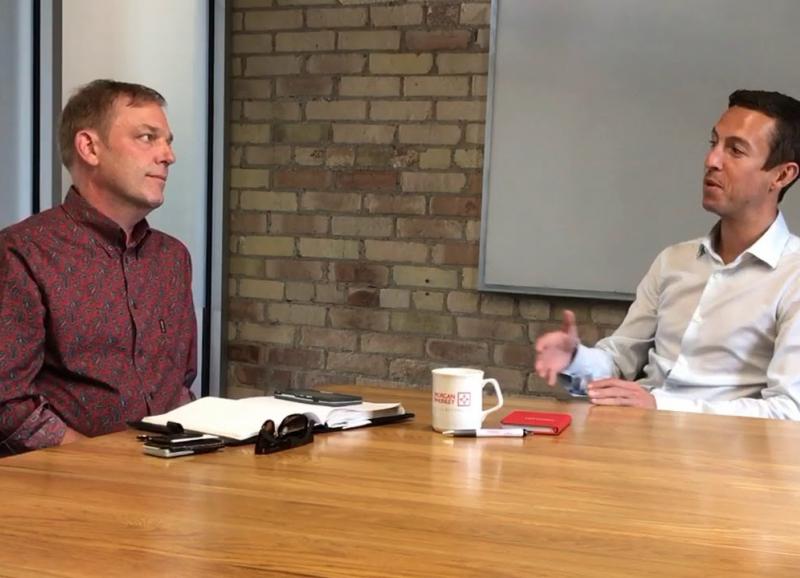 Ian: "Where do you think AI is gonna go? That is kinda a threat to the recruitment industry (my industry). What do you think?

James: “Interesting. Well.......data is a pretty amazing thing once you can put it in buckets and ask it the right questions so AI is going to be something that will really improve BI. As companies realise that they can build predictive models on both existing and trending data collecting from social, geo, location data, loyalty platform etc. The confluence of this data source with a programmer that can understands AI, yes, it is a trend it is happening now”

AI has been around for a long time, is it a buzz work or is it a thing.

“Very interesting question. I would say it is a thing now. Because before we you were able to use big data companies and put in some interesting little filters and tie it into something like Gnip. And so, for example if sentiment rises above X and there is a concentration of demographically identifiable individuals in... here and then adding those 2 up, well that has been around for a while. But then been able to tie in the actual Business Intelligence of an industry to those models where the C-Level execs of the company, their gut tells them we should be selling more of this, why aren't we selling more of this. Those gut instincts through AI are now been able to be programmed...and that is where it starts getting very interesting”

The VR Scene in Toronto 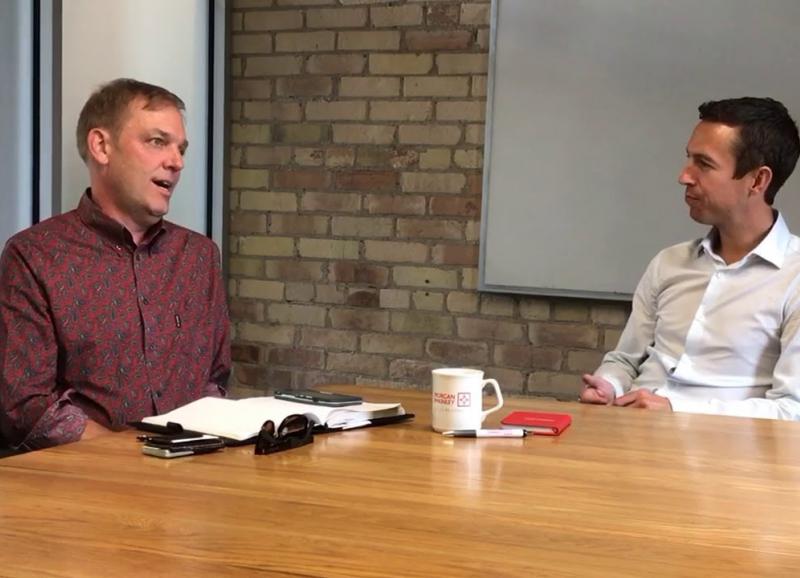 Ian: "Moving on from artificial intelligence, what about virtual reality? Is there a scene in Toronto in that area?

James:“There is an extremely healthy scene. There are a couple meet-up groups. Steven Tanquay has a great VR meet-up group and I have been a few times and I have seen some of the stuff the teams of kids coming out of Waterloo are doing. One company in particular, a young group of guys out of Waterloo called Mirage. They are inventing, there is no word really for it. Un-tethered, multi-player VR gaming experiences. So, what that means is that they have got 5 or 7 sensor points of real time data coming in. So, you and your 4 friends are in a room and you are been attacked by skeletons on a pirate ship. You'll would have a sword and as you would actually hit skeletons coming down over the side of the vessel the sword would actually slow down as if you're hitting them. (me that's terrifying) Well it is actually terrifying. So, thinking about how that can apply, well not that gaming scenario but how can VR and bio metrics sensors apply to other industries, like mining or other industries. I've seen some movement now within crane technology companies who are using it for huge cranes to be able to train crane operators. I think in the future we are going to see a lot more of virtual reality and augmented reality been used for training. Especially in the kind of industries where you can't make mistakes when you’re driving a 4-million-dollar truck of some sort. Also for insurance purposes for training in environments which are hostile to human beings. It’s a lot easier to get someone use to it before you send them into a real situation and hey if they panic from a mining drill vibration in a VR exercise and you know not to put that guy down there”

The future of cannabis technology in Toronto 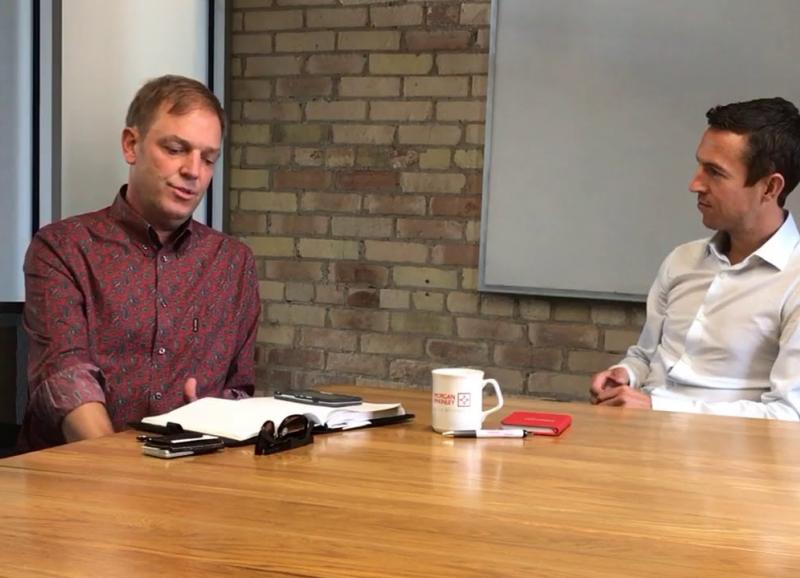 Ian: "What do you see as the next big technology movement in Toronto?

James: “Okay, well if it’s a global audience you may not know but in Canada we are about to legalise medicinal and recreational use of cannabis. This is an industry that is slowly emerging from being completely illegal apart from medicinal cannabis which has been legal in the 2000's at some stage. But a lot of it has been on the black market so it’s an entire industry that is practically in the dark ages however they is some very advanced companies as far as been able to produce the inventory, check the quality etc. But it’s all the other sides of creating product from a new industry that I really think is going to be a huge boom in Toronto and across Canada. Everything from understanding the science of the plant and been able to link that to the user and the users wants or symptoms and all of the data that will be required to make that joining of...what to we grow? what do we produce? what active ingredients do we use? There are 133 active ingredients not just THC and CVD in Cannabis. The scientific research has been going on for some time in Israel. A lot of companies have been looking to Israel to help move the research forward. That I think is going to shift Canada as we become fully legal in July 1st 2018”

So, is it cannabis technology? Is that what this movement is called?

James: “It is everything to do with producing a new product. Everything from logistics, security, scientific research. But outside of tech though, marketing, advertising. How can you do this? Well you’re not allowed to put our brand out there? Well you need to have a one to one relationship with the consumer but how do you do that. All these questions have been answered or addressed by other industries but this is a whole new ball game…unchartered territory if you will” The 6 best tech recruitment strategies for… The best approach to take when recruiting a… How To Attract And Recruit Contractors: 8…

Thank you for registering your attendance to Technologist James Rodmell on AI, VR and cannabis technology | #TechTalk 2.
Further details of this event have been sent to your previously entered email address.